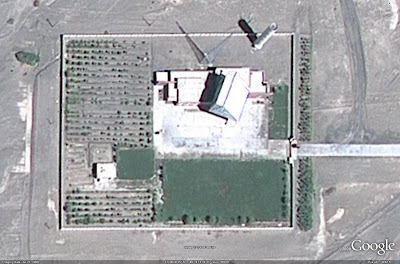 There is newer imagery from October showing the radar slewed on its pedestal, but it can only be viewed at a certain height. This is clearly a data error in the Google Earth server.

What is an LPAR radar ?

What it is a LPAR radar?